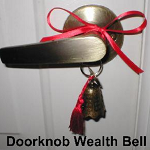 Get Rich With Chinese Coins

Traditional Chinese coins are instantly recognizable to people all over the world. They have been symbols of wealth and prosperity for hundreds of years and are often carried as ‘lucky’ pieces. These coins have not actually been made as money by a Chinese government for almost 100 years, yet they are still very popular as jewelry, religious items, and wealth symbols and have an important role in the practice of Feng Shui.

Very early Chinese coins (about 2000 years ago) had various shapes and sizes. Some were round with a square hole in the center, but many varieties existed, including coins shaped like keys, spades, and knives. The coins recognized today as Chinese coins (like the Genuine Ancient Chinese Coins we sell) were round, brass, about the size of a quarter, with a square hole in the center surrounded by four Chinese characters. This type of coin did not become standardized in China until about 600 AD. They quickly became the standard coinage for Imperial China, and they remained remarkably consistent in appearance until the last Chinese Emperor left the throne in the early 20th century. Most Chinese coins produced until the early 20th century look similar to those produced over 1000 years earlier. The main differences are the four calligraphic Chinese characters which appear on the front. These characters represent the name of the Emperor at the time the coins were produced and the name of their dynasty, or family line, so the coins can be studied and the approximate years they were made can be determined.

The round coin with the square hole in the center symbolizes the Earth and the Universe in a harmonious way. This makes the Chinese coin an excellent Feng Shui tool, since it brings harmony to monetary problems and increases prosperity. The power of these coins was recognized by early Feng Shui practitioners in China as well as Buddhists who used the coins in ceremonies. Luckily many of these coins were saved as good fortune pieces and many more were preserved in jars, buried in the earth, most likely to bring good fortune to the land or preserve family wealth. This allows us to own and use these very coins which have brought good fortune to so many people over many centuries, and carry on the tradition of passing along this good energy source. The coins that we sell as Genuine Ancient Chinese Coins were hand pressed by Chinese craftsmen working for the Emperors between the years 1000 and 1100 AD. This makes each coin unique. Most of these coins have natural green or brown patina which adds to their beauty and good energy, since it comes from many years of being handled and passed along.

Chinese coins are very popular and recognized as being powerful for many Feng Shui uses. Because of this they have been reproduced in recent times. The brass reproduction coins are created with good intention and energy and are excellent for Feng Shui purposes. These coins are all clean and uniform in design and color, so they have an attractive look when used as part of a Feng Shui hanger or as jewelry. The reproduction Chinese coins were never made to be used as money, but they were made in the style of real Chinese coins, round with a square hole in the center surrounded by four Chinese characters. They represent money and wealth and can be used for any Feng Shui cures involving increasing wealth or money energy. We have them in two sizes, one inch and two inch Chinese Coins. The one inch Chinese Coins are authentic reproductions of genuine coins used in China; brass with the same size, weight, and Chinese characters. The two inch Chinese Coins are good for adding some extra wealth energy, plus the back of the coin has the symbols of the Dragon and Phoenix which represent control over money situations and the ability to succeed when things seem hopeless. We also have the Bagua Coin Charm, an accurate reproduction of an ancient Chinese good luck coin. This charm has been used by Chinese people for hundreds of years to bring prosperity as well as protection from harm. It has an ancient incantation written in Chinese on the back, asking for protection from evil forces and for safety from harm.

Whether you buy genuine or reproduction Chinese coins, they are all versatile, compact, and powerful Feng Shui items. The fact that they are small enough to carry in your pocket, yet contain powerful wealth enhancing energy makes them the perfect Feng Shui wealth item and explains why they have been such a popular wealth Feng Shui cure for many years. You can use a single coin or use groups of three or nine together. A convenient way to get this is to purchase our Lucky Fortune Gift. You can carry them in your purse or wallet - this will bring you extra wealth energy, ensuring you always have money. The Genuine Ancient Chinese Coins, due to their age and many years of use, are especially good for this purpose. These Chinese coins carry the wealth energy of everyone who handled them over the years and used them for a variety of purposes; making purchases, religious rituals, and making Feng Shui adjustments. This powerful energy can be felt when handling the coins and the good wealth energy will transfer to anyone who carries them. Other excellent ways to use any Chinese coins are to attach them to a check book, appointment or date book, telephone, computer, cash register, or credit card machine in a home or business, since the coins represents coming prosperity and will attract future wealth. If you use the Chinese coins this way, always place or hang them character side up. Whatever way you use Chinese coins in Feng Shui, remember to use them and let their power and tradition enhance your Feng Shui wealth energy.